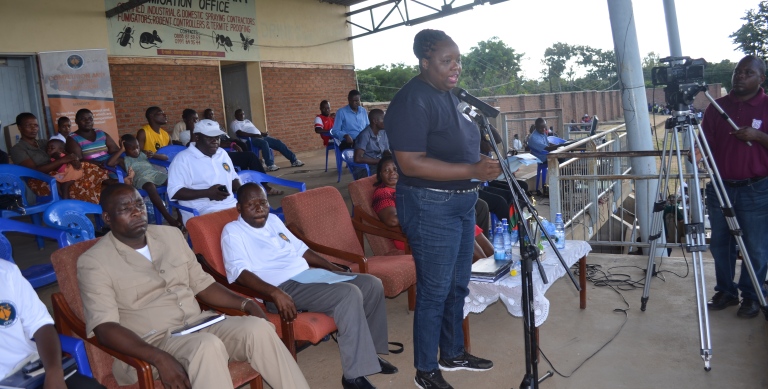 The Competition and Fair Trading Commission, a government autonomous agency mandated to safeguard competition and protect consumers from unfair trading practices has said it is concerned with the rise in consumer rights violations as shown by the increase complaints they have received.

“Consumers create effective demand that induces productive sectors of the economy. Without consumers, there would be no production in the economy. This is the reason why we must join hands and lobby tirelessly for consumer justice,” said Malonda.

Malonda added that consumer justice would be in vain if consumers themselves do not take a lead in safeguarding their rights.

In his remarks, Balaka District Commissioner, Rodrick Mateauma noted that town councils including Balaka have a responsibility to work along measures paralleling those of the Government as well as plan and execute measures concerning consumer protection.

“Here in Balaka, we have put in place measures including inspection of businesses premises whose aim is to ensure that consumers are protected from unscrupulous traders,” said Mateauma.

He added that the aim of consumer protection is to provide assistance to final consumers in their market transactions either through preventing or remedying market failures which the council has been implementing.

He however called on local traders to uphold principles of consumer protection because everyone is a consumer in one way or the other.

The main events to commemorate the Day in Malawi included a Consumers’ Parade under the theme ‘Consumer Justice Now’ held in Balaka. Other activities also included drama, music, poetry, traditional dances, speeches and a competitive football match between local rivals.

The WCRD falls on 15th March of every year and is an annual occasion for celebration and solidarity within the international consumer movement on which participants observe the day by promoting the basic rights of all consumers, demanding that those rights are respected and protected.