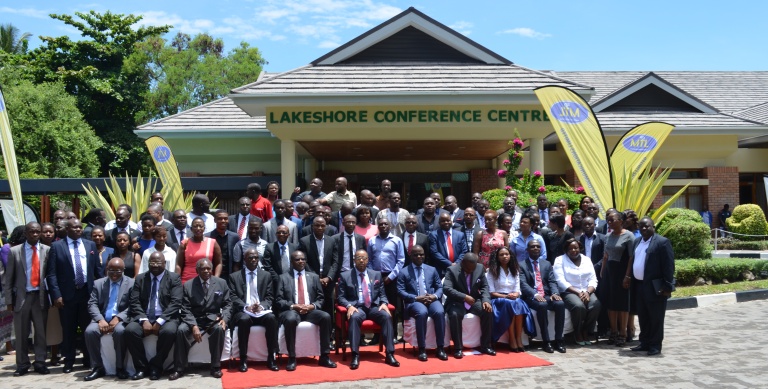 Participants to the MLS Annual Conference

The Vice President of the Republic of Malawi, Dr Saulos Chilima has said financial institutions that abuse consumers including those that do not disclose their terms in written contracts should be taken to task.

Speaking during the official opening of the 2016 Malawi Law Society (MLS) annual conference, which was co-funded by the Competition and Fair Trading Commission, under the theme ‘Regulation of Financial institutions and the protection of consumers of financial services’, Chilima said he was impressed with this year’s theme  because the government is implementing reforms in the financial sector.

“It is important to discuss emerging issues in the country. Financial institutions should disclose in written contracts rates, commissions and charges which they impose on consumers,” said Chilima.

The MLS Annual Conference is a forum in which the country’s lawyers come together to discuss papers and pertinent issues that affect their profession and the economy.

Presenting a paper on during the conference on regulating financial institutions and protecting consumer rights: synergies and conflicts, CFTC ExecutiveDirector, Charlotte Wezi Malonda said the financial sector is one of the key sectors that was liberalised consequently increasing the number of players.

“Studies that have been conducted in the sector have shown that Malawi has one of the highest spreads between lending rates and deposits interest rates in the region while commercial banks rake in huge profits. The studies have attributed this to limited competition among the players. Concerns have also been raised regarding the pricing of products in the banking industry. For example, the difference in interest rates and bank charges among the various banks has always been marginal, a phenomenon which has raised public concerns about possible collusion among the players,” said Malonda.

“It is difficult for lawyers to approach these institutions to ask for money for conferences like these because we normally charge them for services we provide,” said Suzi-Banda.