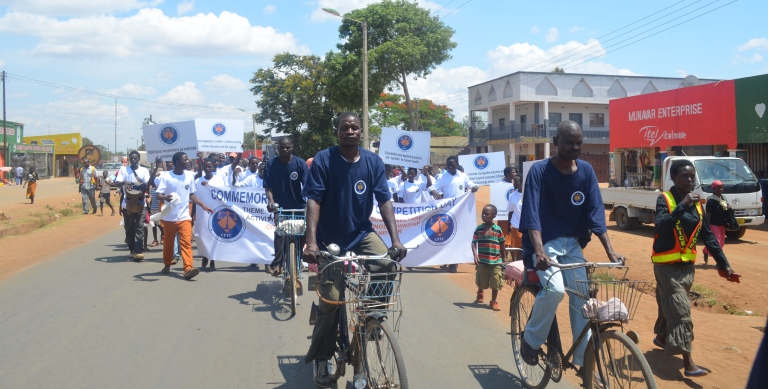 Part of the parade on World Competition Day in Kasungu

The country’s competition and consumer protection authority, the Competition and Fair Trading Commission (CFTC) has said abuse of market dominance does not only affect consumers but also affects competitors.

Speaking at Kasungu Boma, on December 5 during this year’s commemoration of World Competition Day, CFTC Executive Director, Charlotte Wezi Malonda said the conduct of dominant firms on the market affects both consumers and competitors in that market.

“A firm may use its dominance position to eliminate or damage competitors on the market by charging very low (predatory) prices. The firm may also use this predation to prevent entry into that market by any potential entrants.

“Either way, this conduct is aimed at consolidating its position as the dominant firm which controls that market. Such conduct is a clear violation of Section 41 of the Competition and Fair Trading Act, and is such prohibited. Market assessment has shown that such firms will eventually abuse their market dominance by charging exploitative prices or supplying substandard goods and services. At the end of the day, it is the consumer who suffers,” said Malonda.

CFTC commemorated this year’s World Competition Day which falls on December 5 every year in Kasungu under the theme “Market Dominance and Consumer Welfare”.

The commemoration included a parade through Kasungu Boma, poetry recitals, and traditional dances.

On the day CFTC encouraged consumers to give special consideration to the aspects on how the markets which are dominated by a few firms operate; and then, how the conduct of the firms in those markets affects the welfare of consumers.

Speaking during the commemoration on the day Thomas Mwafongo of Kasungu District Council noted that the telecommunications sector, energy sector, and the financial sector are some of the sectors that clearly portray symptoms of markets dominated by a few.

“I am glad to hear that the Commission also monitors the conduct of these monopolies to ensure that they do not abuse consumers. Incidences of exploitative pricing, supply of substandard products and many other forms of exploitation are everyday experiences in the markets that are dominated by one or few suppliers. Indeed we go through such experiences and both you and me are victims of the conduct of such traders,” said Mwafongo.