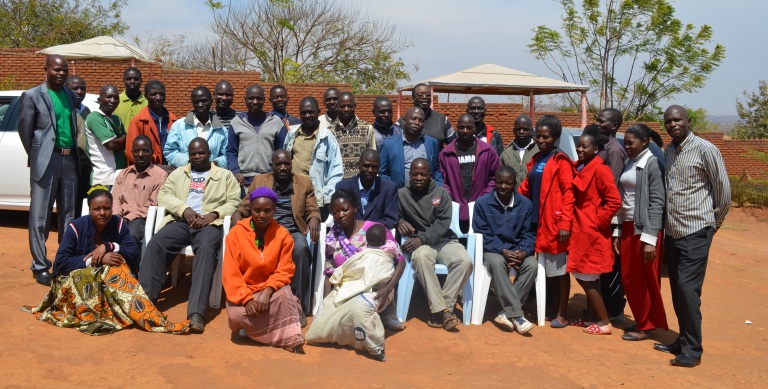 The Competition and Fair Trading Commission (CFTC), in collaboration with Ntchisi Organisation for Youth and Development (NOYD), sensitized 28 Community-based Facilitators (CBFs) about Competition and Fair Trading Act during NOYD’s Bi-Annual Review Meeting that was held at Ntchisi Boma from 25-26August, 2016. The CBFs were drawn from all seven Traditional Authorities in Ntchisi District.

Recognising that one of their project thematic areas touched on demanding consumer protection as a right, NOYD invited the CFTC to make presentations on the same. This activity falls under the Community Participation in Democratic Processes Project and is funded by the Democracy Consolidation Programme (DCP).

During the meeting, the CFTC presentations were made by Mr Fexter Katungwe and Mr Innocent Helema, who are Senior Economist and Economist respectively. The presentations covered areas such as Competition Policy and Law in Malawi, Commission’s structure and Mandate, Restrictive Business Practices, Unfair Trading Practices, Traders’ and Consumer Rights and Complaint Handling.

When the floor was opened for the participants’ feedback, CFTC was overwhelmed with opinions and concerns regarding the myriad of anticompetitive and unfair trading practices that are prominent in Ntchisi markets. They lamented about inefficient utility suppliers in the district, fixing of prices by various industries, substandard scales by produce traders and existence of substandard drugs in private clinics amongst others.

The participants were assured about the awareness and enforcement measures that the Commission undertakes to curb such malpractices and were encouraged to report them to CFTC offices if redress is not secured in time from the concerned traders.  It was also pointed out that CFTC collaborates with various sector regulators to deal with issues that do not directly fall under its mandate with the aim of facilitating the expected redress.

Speaking after the presentations, the NOYD Executive Director, Mr. Richard Kalea appreciated the existence of the Commission and indicated that NOYD would like to enhance the relationship with the Commission in order to spread the consumer protection messages to all areas in Ntchisi District. He hinted that the messages can be effectively delivered to the masses if CFTC chooses to use CBFs to spread the messages.

“These facilitators come from all over the district and they will be able to take the message to the grassroots,” said Mr. Kalea.

The Commission appreciated the gesture and promised to use the chance to enhance its advocacy efforts in the district.